Extensions are essentially the phone numbers you give to the phones connected to the PBX, which are the extensions of the PBX. That is how one phone of the PBX can call another and how external calls can be directed to a particular extension etc. Extensions have a wide selection of settings.

The Vodia PBX telephone system comes with some default pre-configured extensions. But of course you can create new ones. 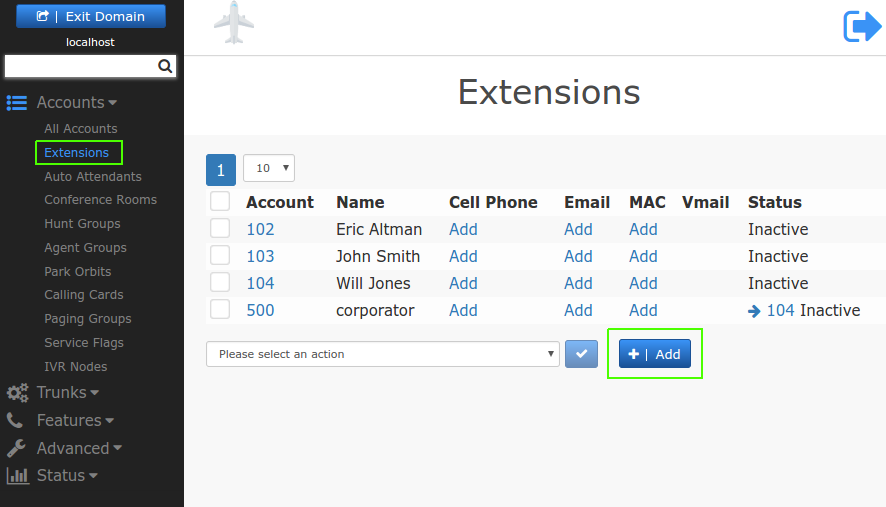 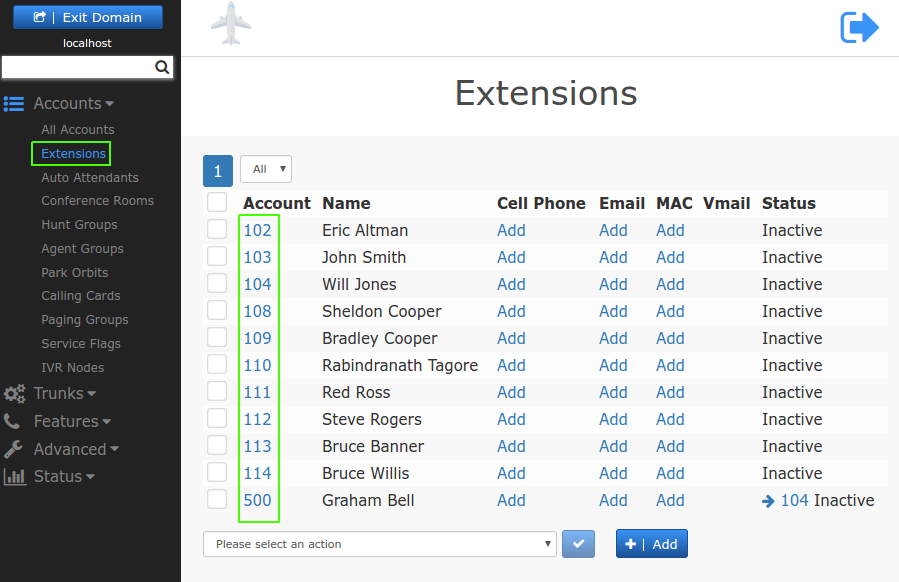 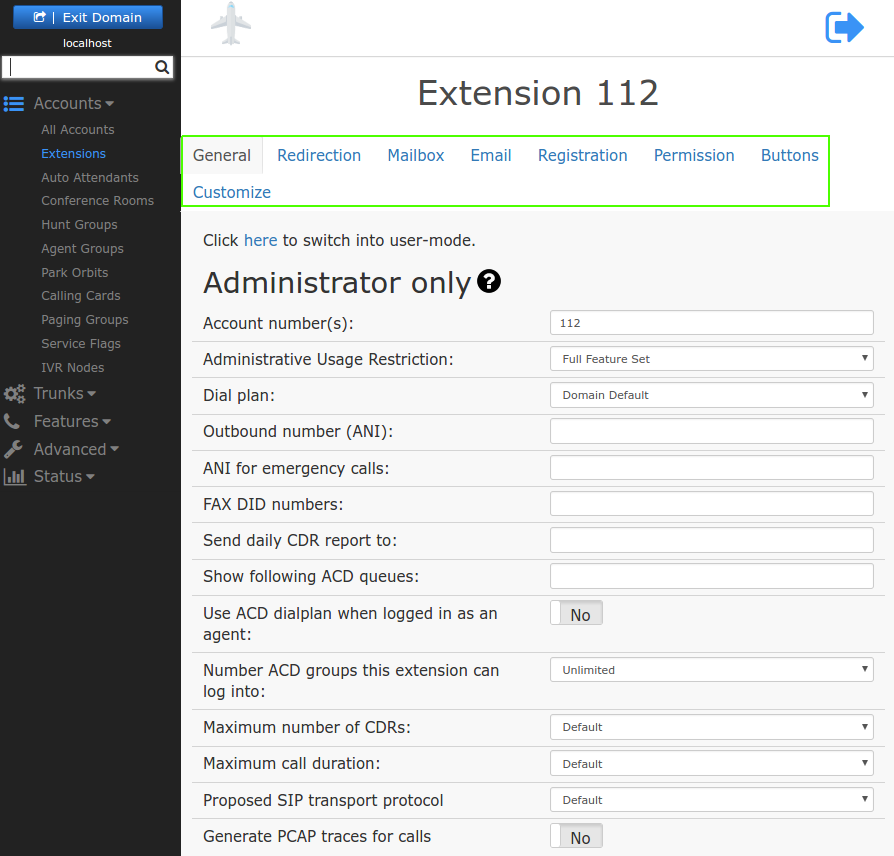 Explanation and Use of Some of the Settings Under Some Tabs 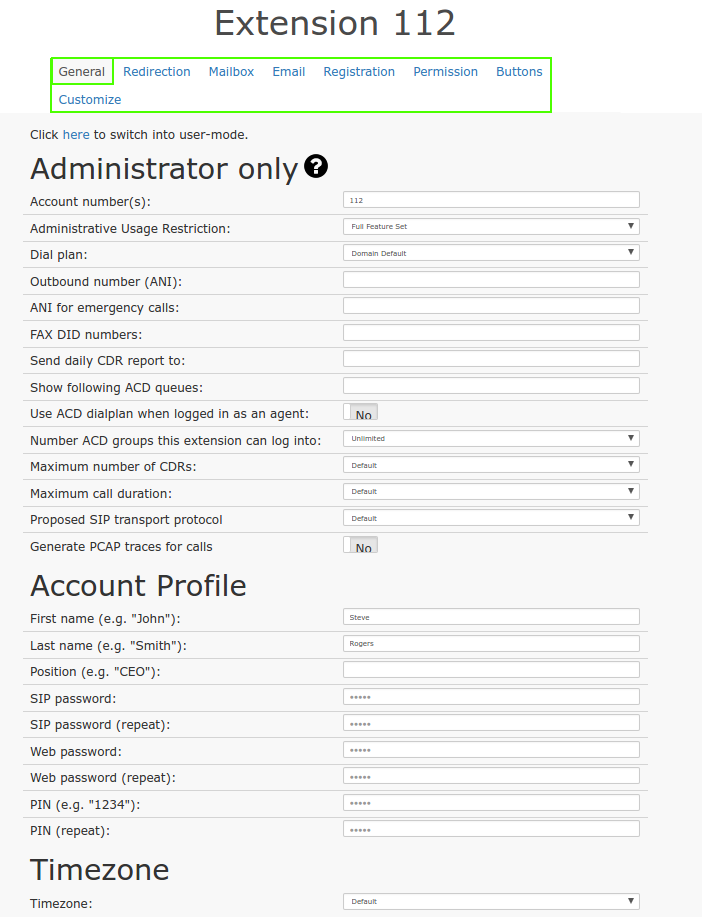 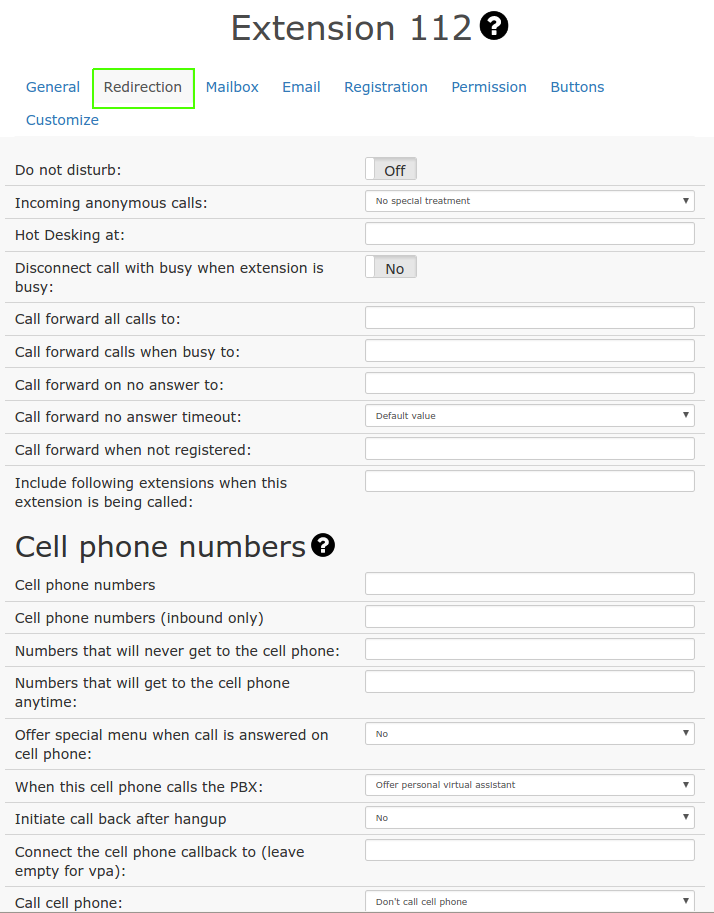 Every extension has a voice mailbox on the Vodia PBX; however, the administrator can disable users' mailboxes and use an external mailbox, such as Microsoft Exchange. This section applies only to the voice mailbox of the system. This tab has all the mailbox settings, including interface for uploading the greeting wave files, and shows the voicemails of the extension. 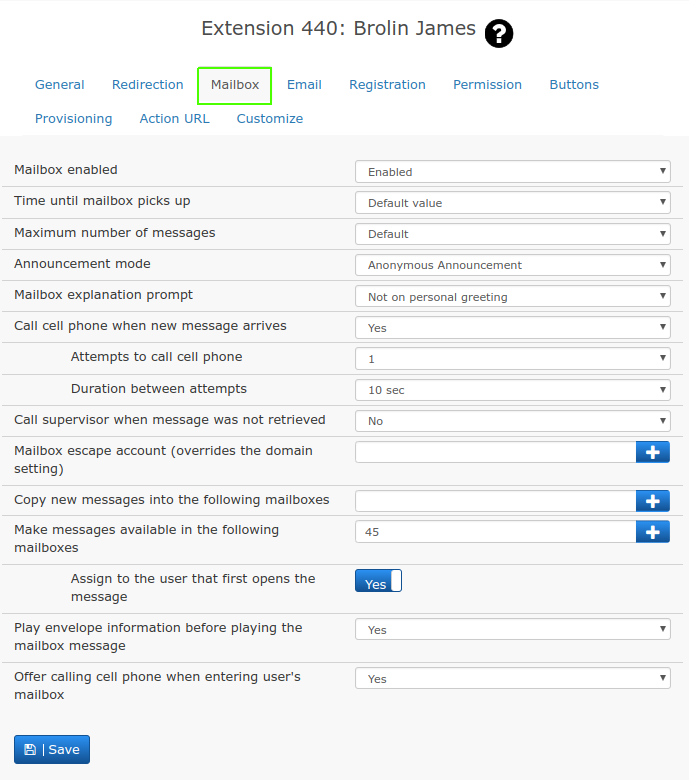 Was this answer helpful?